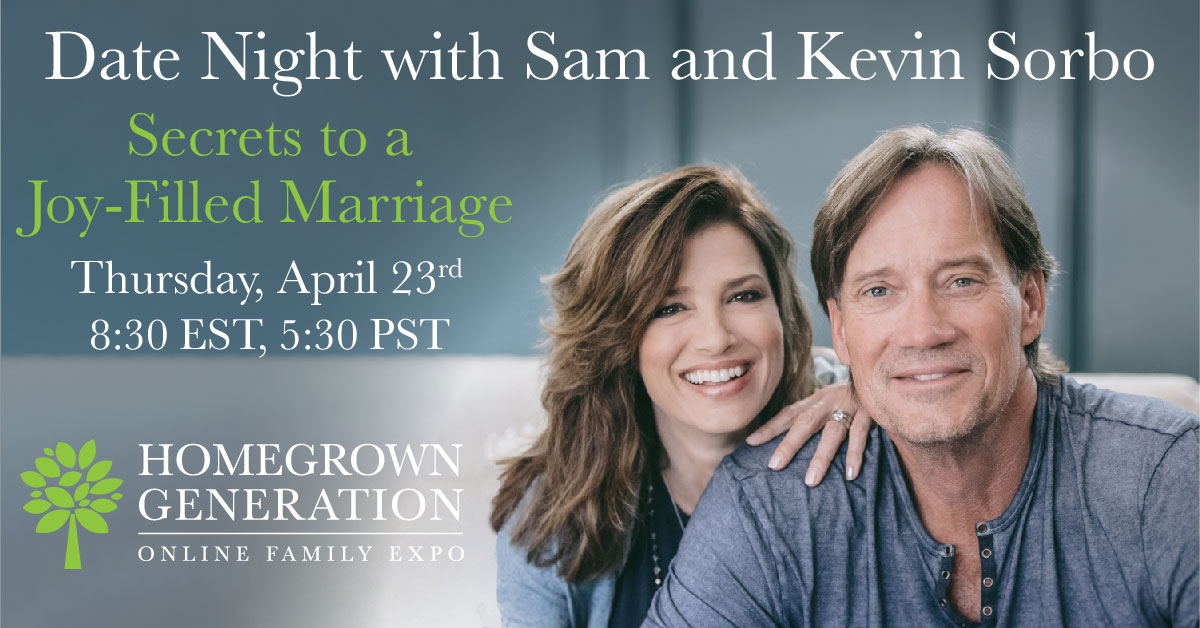 Marriage, Movies, and Miracles. Oh, my! Marriage is a dance (even when the music sounds really bad), and movies are minefields of problems and politics, but miracles are more common than you might believe. Kevin and Sam show that if you keep your feet moving and your hearts focused on God’s divine rhythm, you can discover successes you might never imagine. All it takes is a little faith.

Kevin Sorbo is a Christian actor, director, and producer, as well as husband to Sam Sorbo, and dad to three homeschooled teens. He received international stardom when he booked the lead role in “Hercules, the Legendary Journeys” (1993-1999).

Kevin has starred in countless successful faith-based films, including Let There Be Light, God’s Not Dead, and Soul Surfer.

He released his memoir in 2012, True Strength: My Journey from Hercules to Mere Mortal and How Nearly Dying Saved My Life. The book chronicles his near-death experience when he suffered three strokes and the battle back to regain his life.

Kevin and Sam have teamed up on a new book, True Faith: Embracing Adversity to Walk in God’s Light.