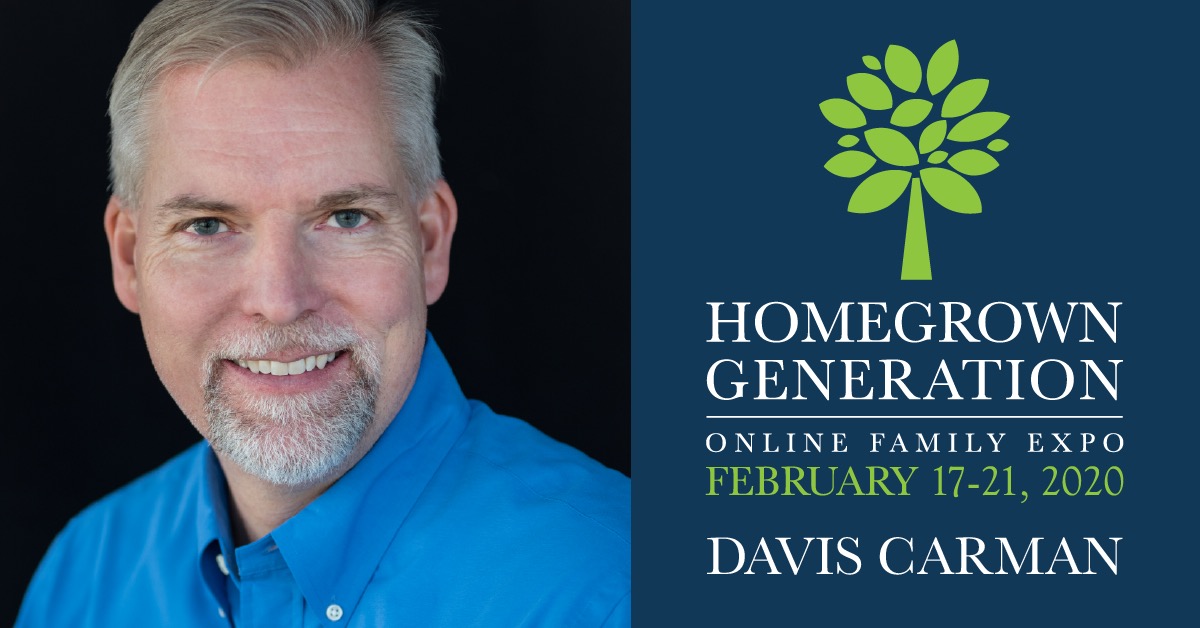 Davis Carman got started on his homeschool adventure with a providential two-by-four on the side of his head. Twenty-three years and five graduates later, he hopes to share some of the lessons he’s learned along the way to help other families enjoy the most successful, satisfying, and Christ-centered home school possible.

His mission is to help homeschooling families learn, live, and defend the Christian faith. This is accomplished in part through his work as president of Apologia Educational Ministries, the #1 publisher of Creation-based science and Bible/worldview curriculum with more than eighty #1 awards for over twelve years in a row from homeschool organizations and media.

Davis is passionate about his family. He married Rachael in 1986, and God has blessed them with seven children and two grandchildren. So far, five students have graduated from their home school. Of those, three are college graduates (two of whom are married), two are currently in college, and two are still at home. Davis and his family live in Waxhaw, North Carolina, where they enjoy the homeschooling adventure of a lifetime, complete with roller-coaster twists and turns and the occasional lazy river ride.

Davis isn’t a perfect husband or father, but he loves being with his wife throughout the day and immediately available to handle disciplinary and training matters or to experience an extraordinary Deuteronomy 6 moment in the course of an ordinary day.

He has been honored to speak in over thirty states and seven countries as an advocate for home education. Additionally, he served twelve years on the board of North Carolinians for Home Education (NCHE) and nine years as the North Carolina Ambassador for the Home School Foundation. He is also a founding board member of Homeschool Now USA.

Davis is the author of five illustrated children’s books designed to instill a biblical worldview. Good Morning, God is based on Deuteronomy 6, A Light for My Path is an ABC book based on Psalm 119, In the Beginning is based on the Creation account in Genesis, Psalms to Know Early, is based on…you guessed it…Psalms, and his latest: Truths to Know Early.