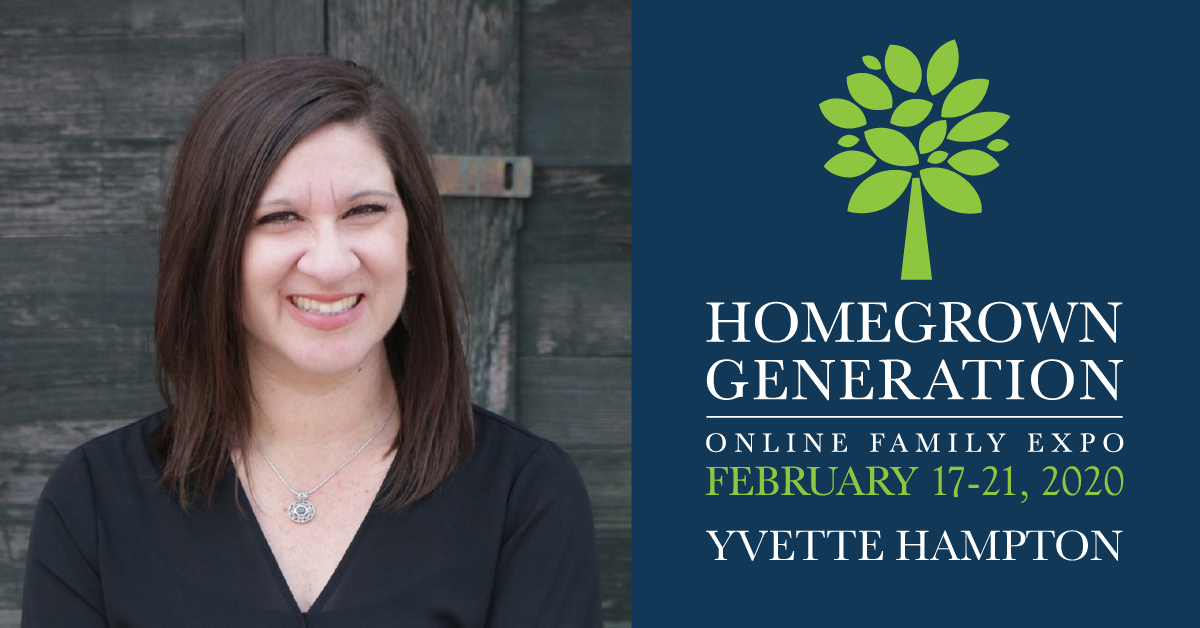 Yvette Hampton is a homeschool mom through and through, but it wasn’t supposed to be this way. Like so many other homeschoolers, Yvette and her husband, Garritt, said they would NEVER homeschool their kids, but God had other plans. She is the producer and host of the upcoming documentary, Schoolhouse Rocked: The Homeschool Revolution, being directed by her husband, Garritt Hampton. She is also host of The Schoolhouse Rocked Podcast. As a mom who is concerned for the future of this generation and the future of our country, Yvette has a deep passion to see a culture shift by encouraging people through the truth of God’s Word. Her greatest joy in life is being a wife and mom!

In the fall of 2016, she and her family sold their home and almost all of their possessions, loaded up in an RV, and began traveling the country to film Schoolhouse Rocked. They have a passion for the homeschool community and are humbled and honored that the Lord has called them to tell the stories of the millions of families who have been impacted by the homeschool revolution.

Yvette and Garritt have been married since 1995. They have two daughters, Brooklyn and Lacey, who they have homeschooled since the very beginning.

To see the movie trailer and find out more visit SchoolhouseRocked.com.

Watch Yvette Hampton’s session with Kirk Cameron, “Lessons I Learned Within the Walls of My Home”.