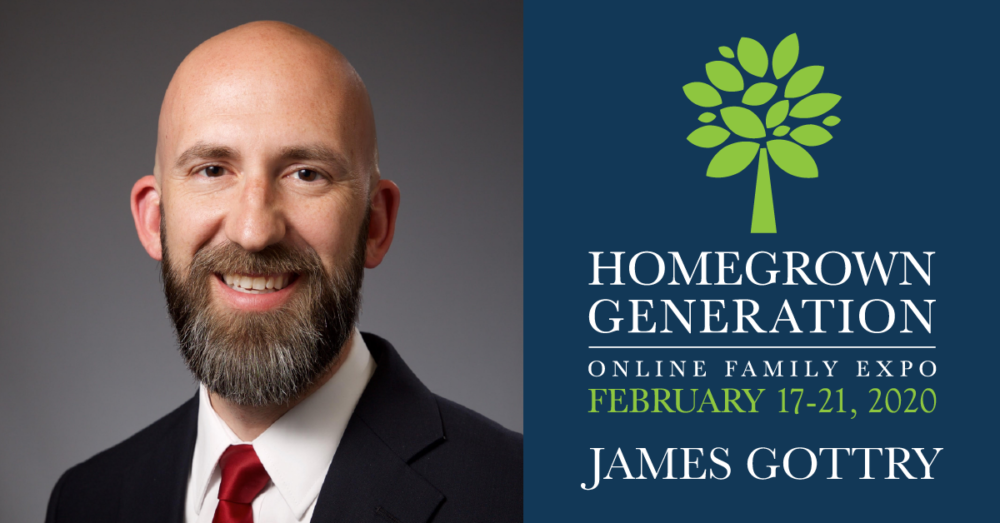 James Gottry serves as vice president of public policy for the Dr. James Dobson Family Institute. In this role, he leads the effort to monitor current events and legislative measures that impact the institution of the family and culture, interpret them in light of the Bible, and provide appropriate strategies for response. Gottry also writes about constitutional law, religious freedom, and cultural issues, and his work has been published in The Wall Street Journal, Fox News, National Review, The Hill, Christian Post, The Daily Wire, Public Discourse, The Federalist, The Daily Signal, and various additional print and online outlets. He has appeared on MSNBC and has been quoted by USA Today, NPR, Fox News, and others. Gottry is an experienced presenter and has spoken to audiences across the country.

Prior to joining JDFI, Gottry was the director of marketing and legal counsel with Alliance Defending Freedom. At ADF, Gottry led the marketing and communication efforts to engage ADF allies, supporters, and participants in ADF training programs, among other groups.

Gottry also has worked as an associate at Snell & Wilmer, LLP, where he focused on commercial litigation with an emphasis in construction, financial services, and general business torts and contract-related disputes. He successfully defended clients in both federal and state court and in administrative proceedings.

Gottry earned his J.D. from Vanderbilt University Law School in 2011, where he was elected to the Order of the Coif and served as senior en banc editor of the Vanderbilt Law Review. Before graduating from law school, he completed the ADF leadership development program to become a Blackstone Fellow in 2009.  He obtained a B.A. in public relations from Northern Arizona University in 1999.